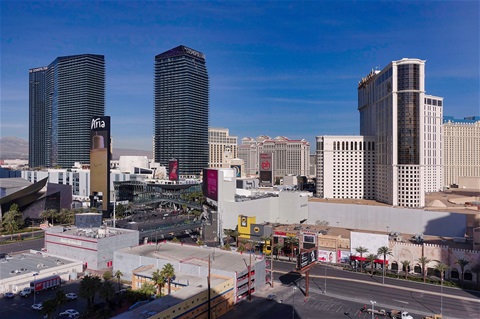 Today we took our motor home form the storage. After 7 weeks everything still worked fine. Like this we could go to do shopping and drive to a campground in the suburbs of Las Vegas. Last night we had a room on the 16th floor of a hotel. The picture shows the view from our room towards the strip this morning. After 7 weeks with mostly bad weather in Switzerland it's wonderful to experience bright sunlight and warm temperatures. 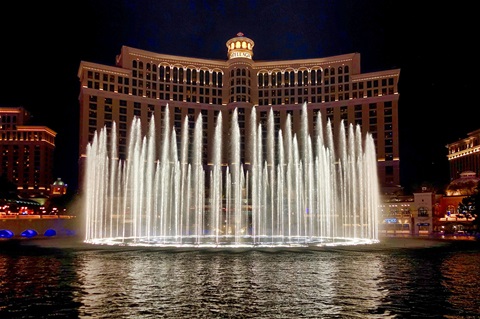 On Janaury 29 we flew from Zürich to Dublin and on January 30 from Dublin over London to Las Vegas. Even we have B2 visas it was difficult to get another stay for a half year in the USA.  But we got it and moved to a hotel and visited the Strip. The picture shows the light, sound and water show in front of the Bellagio resort in Las Vegas. 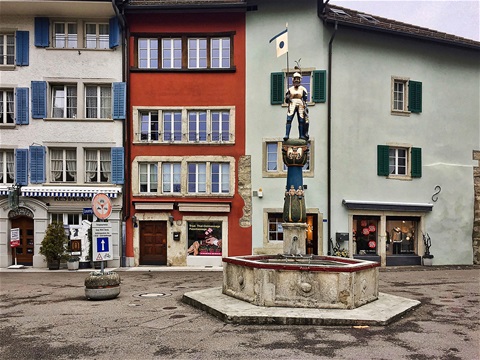 On January 25 we left Rheineck and moved to our daughters home in Lenzburg. The picture shows a medieval fountain (1572) in the historic part of the town. 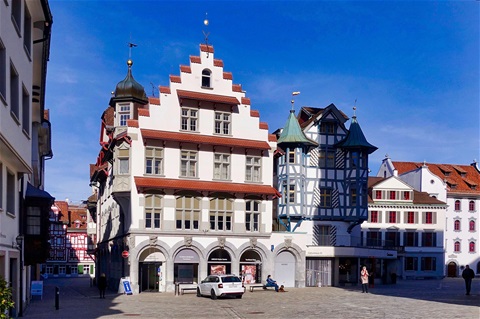 Today was a nice and sunny day. I was in St. Gallen and took this picture of some nice buildings on the north side of the Gallus Square. After that we went hiking with Karl up some hills with a view. 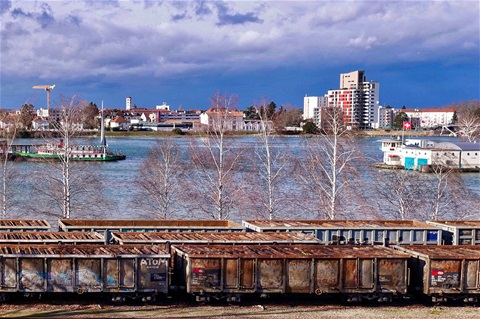 Today we visited our son in Basel, Switzerland. The picture shows an interesting place here. The rocket like monument on the left side is called «Three Country Corner». Near there in the middle of the Rhine river the three countries Switzerland, France and Germany meet each other. Left ist Switzerland, strait ahead on the other side of the Rhine river is France and about 50 meters to the right is Germany. The peninsula where the Swiss flag is flying is still Switzerland. The border to Germany is about 50 meters to the right. In the foreground is the entrance to the Swiss Rhine Port. The train cars belong to the port. A lot of goods are brought with boats up the Rhine river to Switzerland from ports like Rotterdam in the Netherlands or elsewhere. 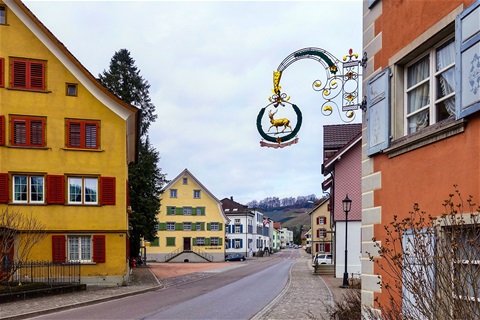 Today we hiked to the neighboring village Thal (1.8 km). The picture shows the main street through Thal and the sign of the Restaurant Elk (Hirschen). 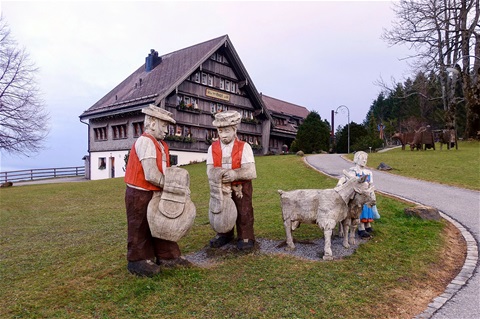 Today we did a trip together with Karl up to a hill called Gupf. From here there is a very nice view to almost all directions. But today was some fog in order the pictures are not very good. But here is a picture of the restaurant on the Gupf. It is one of the best restaurants in the region. No, we didn't eat here. Ester cooked for us a very nice dinner. 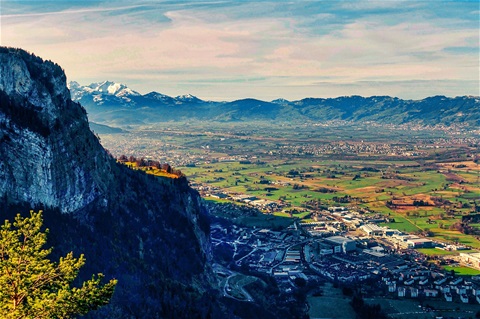 Today we did a trip together with our friends Karl and Ester to a mountain called Karren in Austria (23.5 km). An areal cableway brought us up the mountain. Here we had lunch and did a short hike. The view and the weather were nice. The picture shows Austria in the foreground and Switzerland in the background. 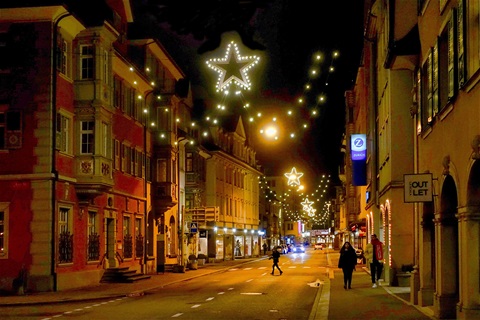 Today we went to Rorschach to have dinner together with Thomas and Richard (8.8 km). I lived in this town for 20 years during my schooldays. The picture shows the main street. The red building on the left is the town hall.

Today we did a hike to the Eggersrieter Height. From here there is a nice overview over Lake Constance and the towns at the lake shore. We lived for many years at the place on the right in the foreground. Its name is Goldach. On the other side of the lake is Germany.